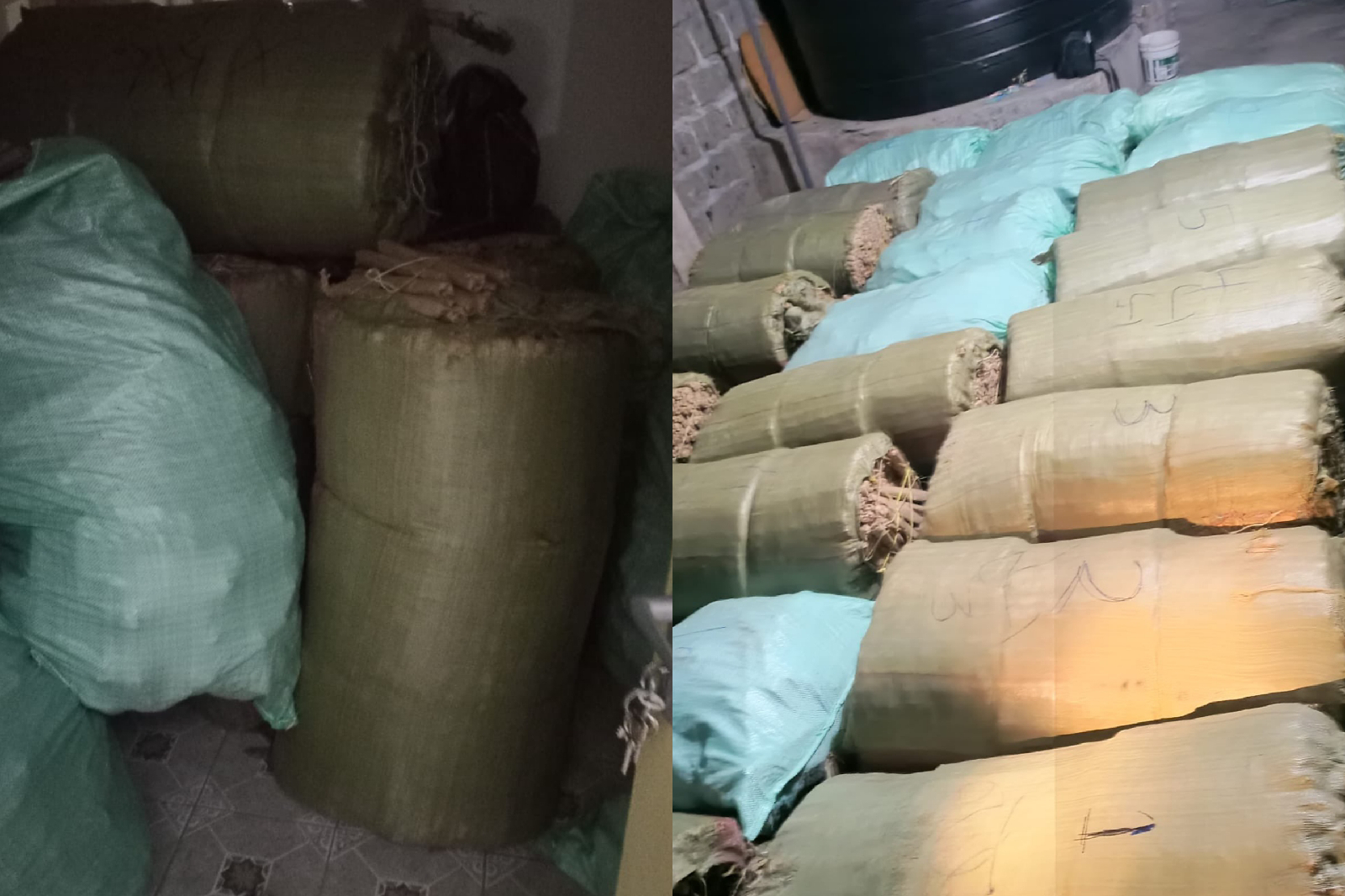 Analysts from the Directorate of Criminal Investigations (DCI) on Thursday morning, 28th October captured a medication dealing with suspect ownership of 24 sacks of weed sativa (bhang) whose worth is as yet unclear. 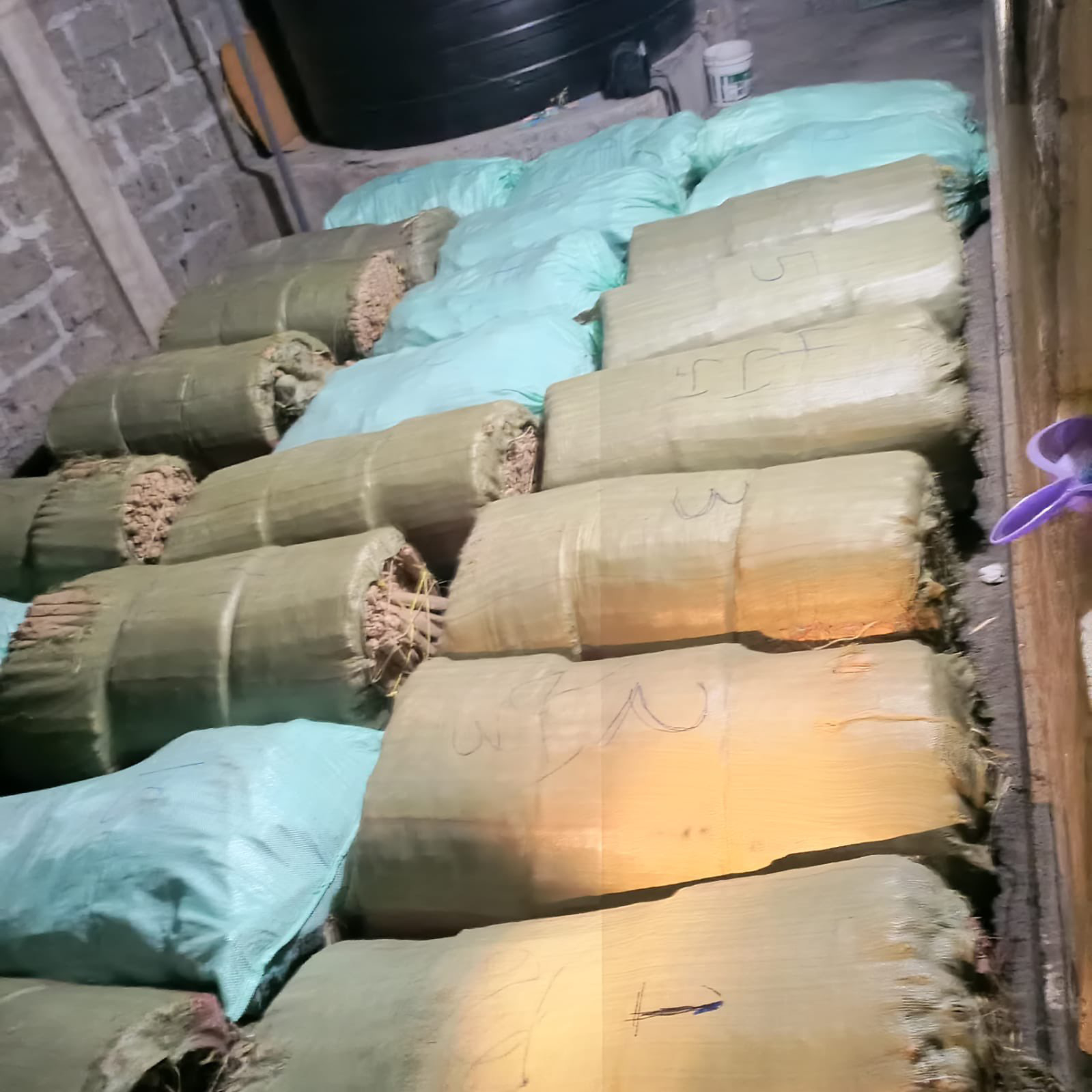 The 37-year-elderly person distinguished as George Ntiiti Naibaltau who has been on the radar of DCI’s Transnational Organized Crime criminal investigators was captured at his home in Syokimau, Machakos County.
The investigators additionally seized an engine vehicle enrollment No. KBN 573Z, Toyota Ipsum, white in shading and accepted to have been utilized by the suspect to ship the medications. 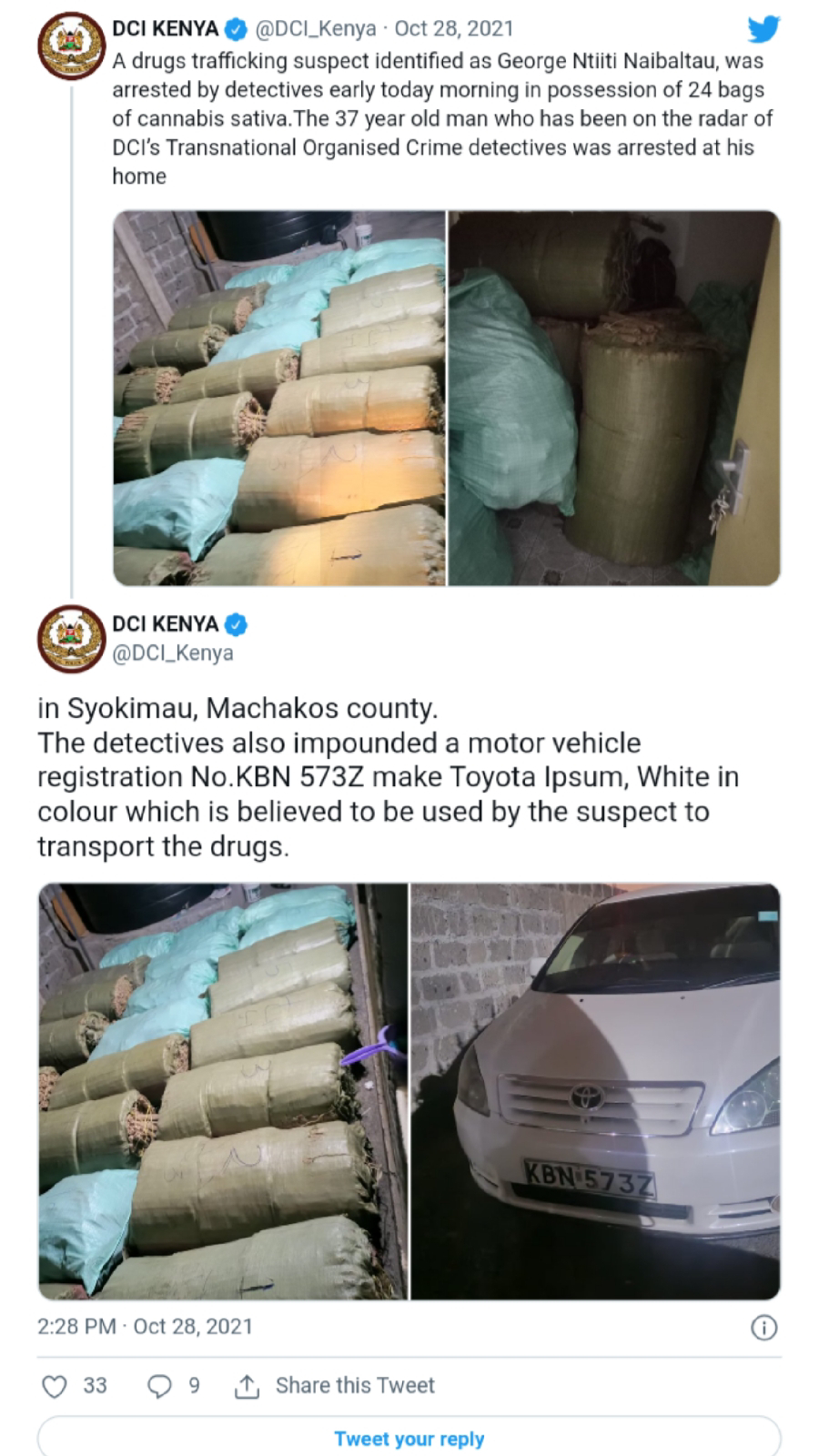 The suspect is at present being handled at the DCI’s base camp prior to being summoned to deal with indictments.