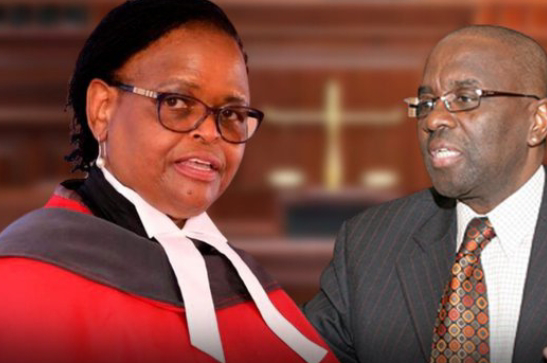 In a statement, the chief justice said that the call of Dr. Mutunga for judges to strike as one way to complain about the government’s move to ignore court orders, is to call for a postponement or breach of the constitution.
He said the former chief justice should assess the impact of the judges’ strike on Kenyans.
The Chief Justice reminded Dr. Mutunga based on the oath he took when he was sworn in as the 13th Chief Justice of the Republic of Kenya despite his retirement.
The oath requires Dr Mutunga to adhere to, defend and uphold the constitution of Kenya at all times.
Koome wondered why Dr. Mutunga called on the judges to strike despite the fact that when he was chairman of the Judicial Recruitment Commission, he refused to approve any action by judges to suspend their services.
“Therefore we will not relinquish our responsibilities to the matter which is in the Court of Appeal and which will be given the required balance,” held Martha Koome.