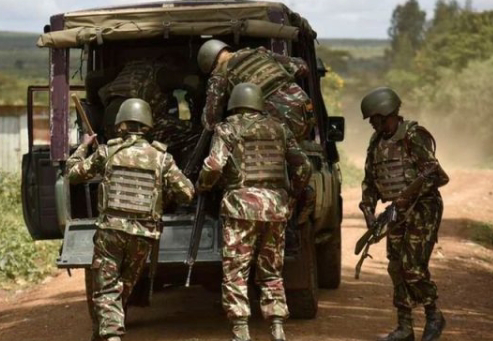 A day after three police officers were killed in Laikipia County, the government deployed more security officers and equipment to the conflict-ridden area to monitor the ongoing operation.

Deputy Inspector General of Administrative Police Noor Gabow has visited Laikipia again following the killings of three police officers caused by a poaching attack. Six other security officials were probably injured in the incident on Wednesday evening at the Laikipia reserve.
Gabow met with security officials on Friday to urge them to continue the operation in the area, saying the attack was a tragedy. He said security officials were controlling the situation and there was no reason to fear.
Police spokesman Bruno Shioso, for his part, said security officers from various organizations were conducting operations at the park while residents were encouraged to remain calm.
The operation was launched in the area by security agencies following repeated attacks on civilians carried out by militants believed to be pastoralists.