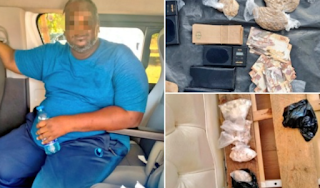 Makachero has arrested three suspected drug traffickers who were posing as smugglers.

Swalehe Yusuf Ahmed, Suleiman Salim Kaingu and Susan Mukonyo Mutuku were arrested in Kikambala, Kilifi County.
Ahmed and Kaingu were found in possession of several packets of heroin, estimated to cost more than three million shillings.
Mutuku, who is a mobile phone operator, was arrested after he was suspected of using the business to run a drug trafficking operation.
Ahmed is known as a chronic drug dealer in the coastal area and faces two court cases.
The three have already been arraigned in Mombasa.