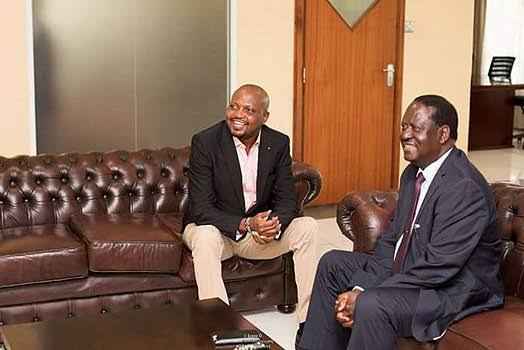 Moses Kuria, the Gatundu South MP, has responded to rumours that he has joined former Prime Minister Raila Odinga’s campaign.

Kanini Kega, a Kieni MP, published a comment on Facebook on Friday, implying that Kuria would back Odinga’s presidential bid under the banner of ‘Azimio La Umoja.’

Kuria, on the other hand, stated on Saturday that he would not be able to respond to the statement, which he described as “assertions and erroneous views that are highly impracticable.”

He went on to say that Kanini Kega might have been insane at the time, citing the McNaughton rule, which states that “every man is presumed to be sane, and that to establish a difference in the ground of insanity… the party accused was labouring under such defect of reason from disease of the mind…”

Kuria is recovering in a Dubai hospital after undergoing his sixth surgery in as many months.

Following a series of surgeries in the country, the outspoken legislator chose to seek further treatment in Dubai.

Kuria was burned in the third degree by an electric blanket he purchased for Sh250, 000 after receiving a recommendation from a friend.