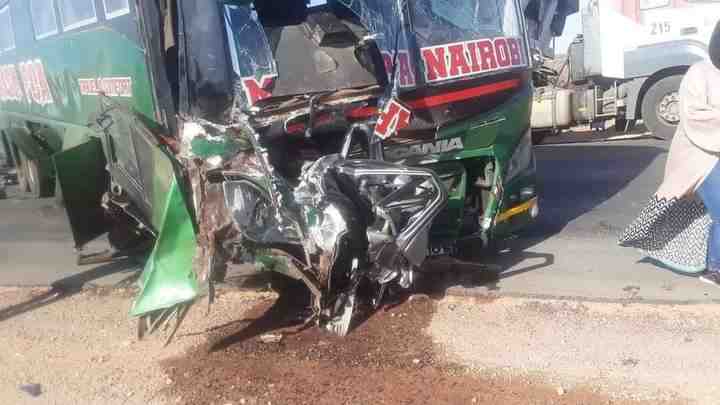 More than 4,000 people have died in the year 2021, through road accidents in the country, according to figures from the National Road Safety Council NTSA.

Nairobi and Kiambu counties are leading the way in the number of road accidents in the country, which have risen sharply since the removal of kafyu hours a month ago.

According to government spokesman retired colonel Cyrus Oguna, a total of 4,023 people have died between January this year and so far through road accidents.

The spokesman pointed out that the number was an increase of 3,340 road accidents compared to the same period last year, with bodaboda accidents leading the way, at 1,508.

“We are alarmed by the growing number of disasters in the country especially as we head into the festive season,” said Oguna.

Oguna pointed out that many of these accidents in the country, are related to youths and are caused by speeding, reckless driving and alcoholism.

The government spokesman was speaking to reporters in Mai Mahiu town, after launching a road safety campaign on the Mai Mahiu-Narok road.

“The death toll from this road is 53 with 103 others injured since the beginning of this year,” said Oguna.

The government spokesman said across the country this year 1,372 deaths were pedestrians, 403 drivers, 664 passengers, 1,508 motorcyclists and 76 cyclists.