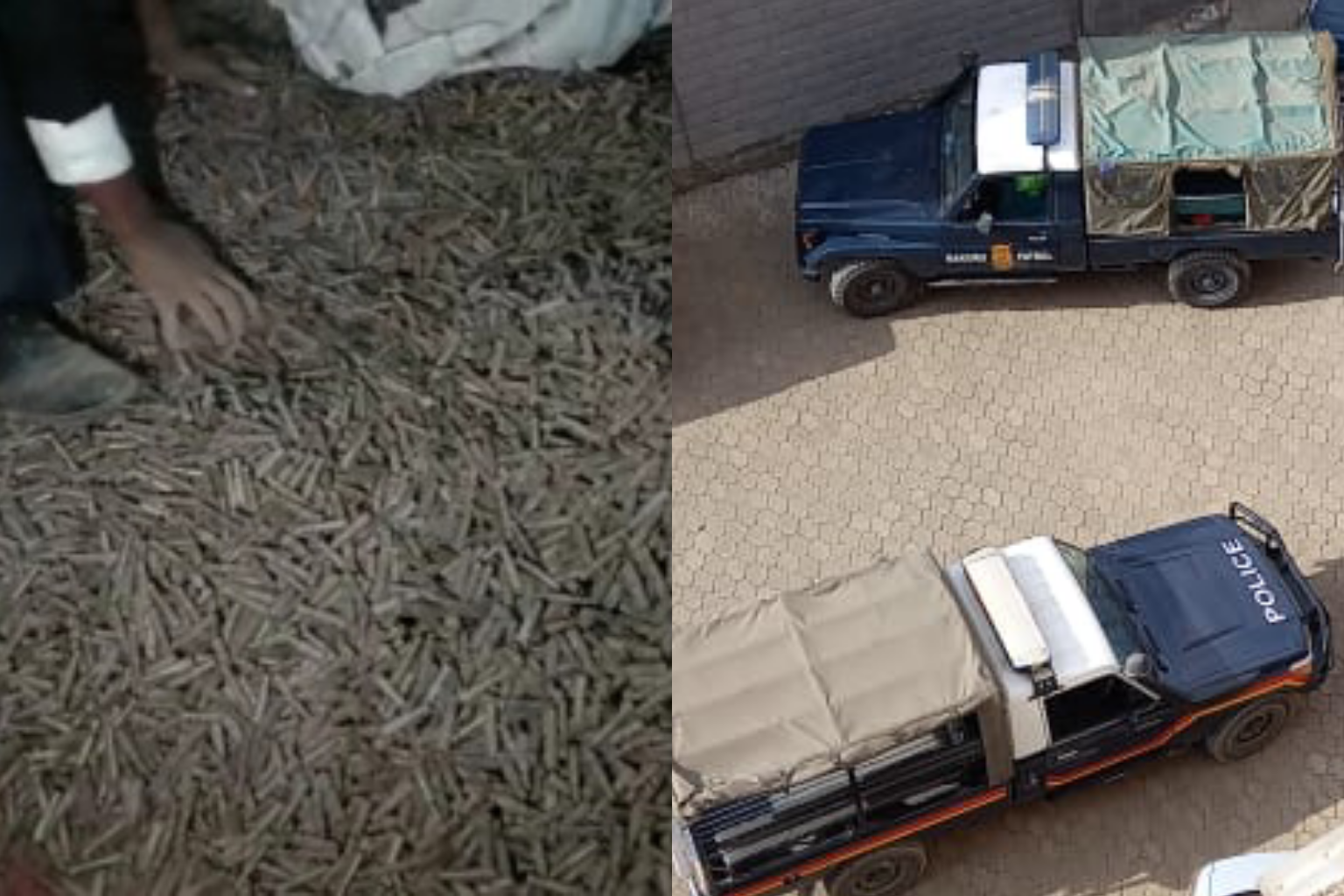 Nakuru County police officers are searching for a woman suspected of being a major figure in the illegal arms trade.

Police on Tuesday arrested 33-year-old Daniel Mbuthia Njoroge and seized thousands of firearms used in his home on Langalanga Street in Nakuru County.
Rift Valley Regional Director of Criminal Investigation Mwenda Meme said Njoroge and the woman are suspected of being part of a group that distributes weapons to thugs who cause insecurity in Laikipia, Baringo and West Pokot counties.
Mwenda said Njoroge, who works as a scrap metal collector, was arrested after residents raised concerns about the consignment on his property.
ALSO READ; Elgiva Bwire is one of five terror suspects wanted by the Police
The consignment contained ammunition resembling that of an AK47 rifle as well as red copper wires suspected of being stolen from a transformer company in the country.
Njoroge was arraigned in court this morning for possession of illegal equipment.