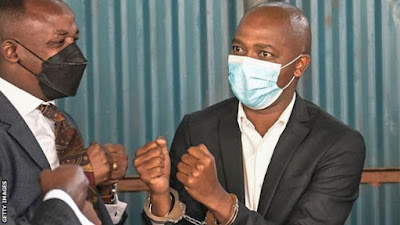 Mwendwa’s attorneys, Eric Mutua and Mutula Kilonzo, however, were opposed to Mwendwa taking a plea.

Mwendwa was re-arrested last Friday, one day after the Director of Public Prosecutions dismissed a corruption case against him.

He was questioned at the DCI’s Kiambu Road offices about the ongoing investigation into allegations of corruption at FKF.

The investigation is still underway, according to DCI headquarters, and a misunderstanding resulted to his release on Thursday.

He was kept in Gigiri police cells, where he was picked up and returned on Saturday for additional statement recording.

Mwendwa was detained on November 12 and spent the weekend in jail before being released on Sh4 million bond while the inquiry was ongoing.

The DPP had seven days to pursue charges against Mwendwa, but instead opted to close the case.

“We want to shut the file while our team investigates the matter at our own speed before filing charges against him,” the DPP said on Thursday.