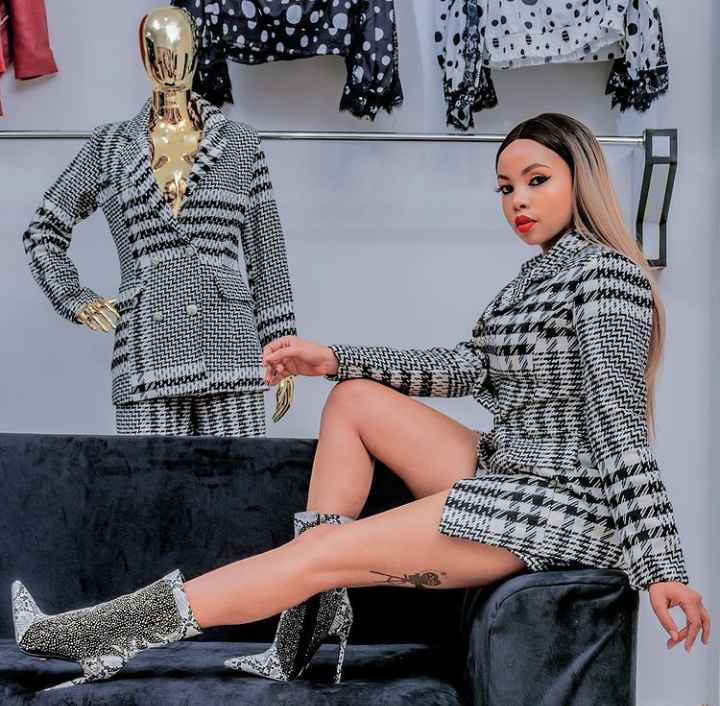 Kenyan actress Brenda Wairimu is in Nigeria to make a film called “Duke of Bariga”. She posted a short video that shows him with fellow Nollywood actors who tease him saying he is about to leave Kenya and go live in Nigeria because he has met good men.

In a statement on the video, Wairimu, who is a single parent and co-parent of Juliani, says that he got a chance to play a small role in the Nigerian film but again criticizes himself saying there is no small role in acting. He says he enjoys being in Nigeria where he gets a burst of laughter every day and threatens not to return to Kenya.

She mentioned the Kenyan film producer Ms. Loice Konga who was grateful for the opportunity while praising her for her excellent work. Others he has mentioned are Daniel Etim Effiong, Gbenga Titiloye, Demola Adedoyin and Bolanle Ninalowo with whom he collaborates in the art work they are preparing.

Brenda is well versed in acting where she started with Kenyan television shows such as “Changing Times” in 2009, “Mali” in 2011 and “Sugar” in 2012 among others.

The films he has acted in are 18 Hours, Disconnect and Patience among others.