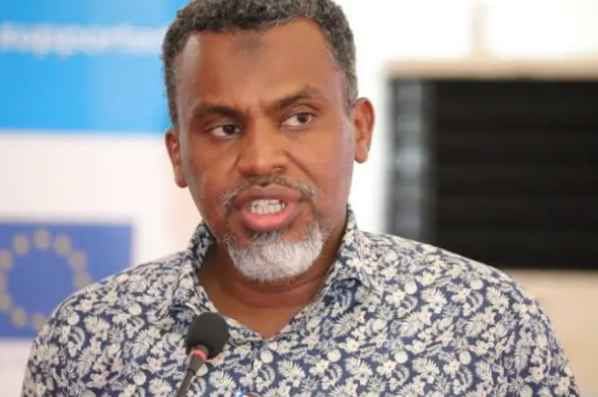 The office of the director of public prosecutions now claims not to have been influenced by the information leaked by the British newspaper to launch an investigation into the cause of death of Agnes Wanjiru, who was allegedly killed by a British soldier in Nanyuki in 2012.

The office of the director of public prosecutions says it had launched an investigation before the case was leaked to the media.
Speaking during a workshop in Mombasa County, the chief of staff in the office of the director of public prosecutions, Lilian Obuo, said they investigated the file last year.
He said meetings were already being held to determine whether those responsible for the killings could be repatriated to face charges.
Wanjiru died after spending a night with a British soldier at a hotel.
Her decomposed body with stab wounds was discovered three months later inside a sewage tank at the hotel.
That comes as the director of public prosecutions reports on the status of various corruption cases under investigation.
The report, released on the last day of a three-day media awareness workshop in Mombasa County, has revealed the case of the Arror and Kimwarer dams, where former finance minister Henry Rotich has been re-charged in connection with 63 billion shilling corruption allegations. it has taken some time due to the controversy involving one Italian company.
However the case is scheduled to be heard on the 22nd and 26th of this month.
Another case involves a former Kenya Power company CEO Joe Sang, who has been charged in connection with the loss of 1.9 billion shillings during the construction of a petrol station in Kisumu. The trial is set to begin on March 29.
The other case involved Charles Ongwae, former director general of the country’s product quality assessment agency, which involved the purchase of 882 million shilling counterfeit quality marks. The case will be heard on March 22.
Other corruption cases are against former Nairobi governor Evans Kidero and former Kiambu governor Ferdinand Waititu, among others.