Sean Cardovillis, a former NTV sports presenter, is fighting for his life in one of the area’s hospitals after suffering a serious pneumonia attack.

The veteran journalist, who is being treated in the High Dependency Unit (HDU), is looking for financial assistance from well-wishers to help cover his mounting medical expenses.

ALSO CHECK: Famous DJ Uncovered Popular NTV Host Amina Abdi – She Isn’t What She Professes to Be on TV (Look)

The ill journalist is claimed to have been suffering from chest pains for a long time, which eventually led to pneumonia and the collapse of one of his lungs.

In addition, he has an infection around his heart. 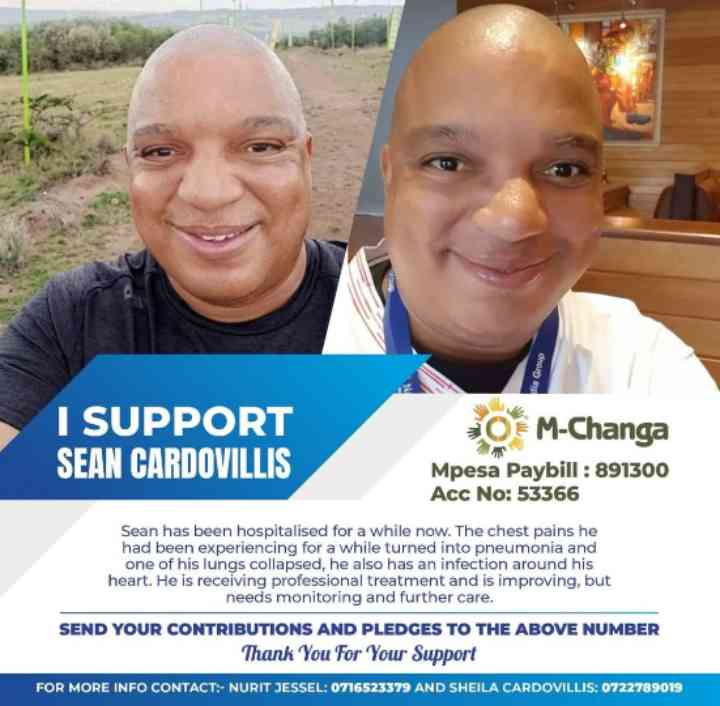 Sean has been in the hospital for quite some time. He is receiving expert treatment and is recovering, but he needs monitoring and more care, “says a sign widely circulated on social media seeking financial aid.

The experienced media personality began his career as a presenter at Capital FM in 1997.

Before departing, he worked as a sports editor at the same station.

He became the Head of Radio at Nation FM in 2014, where he worked for two years.

He then worked as a sports anchor for NTV until 2020.