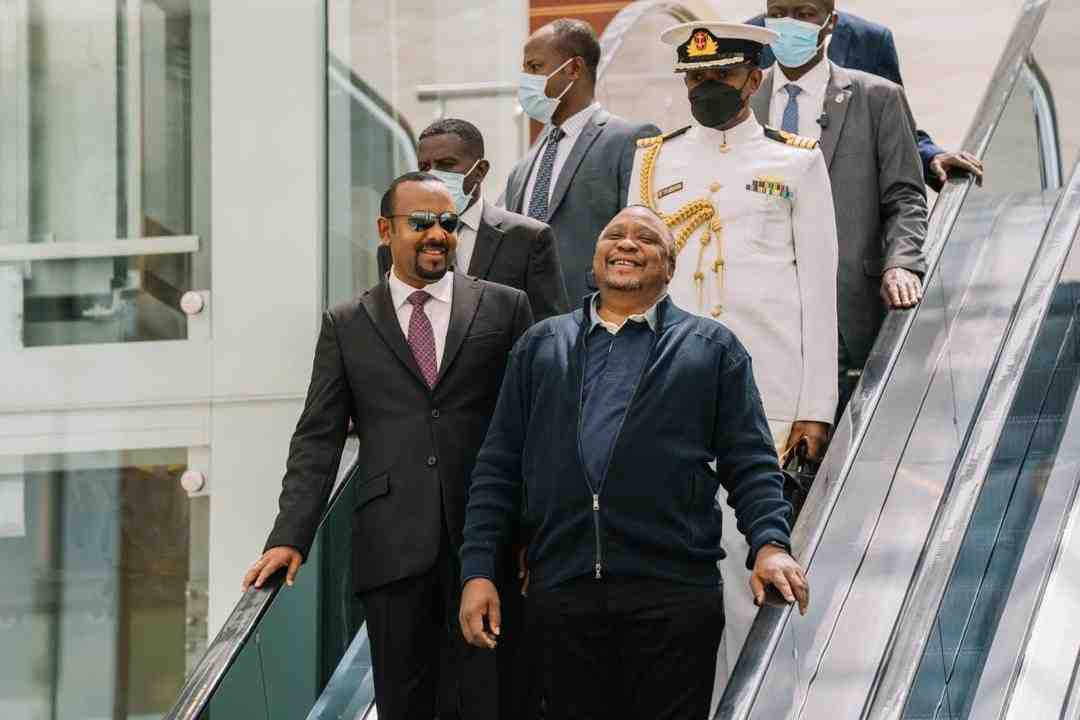 In an effort to find a solution to the ongoing conflict in Ethiopia, President Uhuru Kenyatta paid a surprise visit to the country and shared a table with the nation’s President Sahle-Work Zewde and Prime Minister Abiy Ahmed.

Ethiopian Prime Minister Abiy Ahmed confirmed the arrival of President Kenyatta via a twitter message, which showed them hugging.

Kenya has tightened security and patrols on its border with Ethiopia, following the deteriorating security situation in Ethiopia.

Last week Ethiopian government officials arrested several prominent people from the Tigray region, as well as several UN personnel, in a crackdown on suspected insurgents from the northern part of the country.

Police said they were targeting the Tigray tribe, saying the arrested people were believed to be linked to the Tigray People’s Liberation Front (TPLF), which has been fighting the country’s central government for more than a year.

Last week US special envoy Jeffrey Feltman was in Ethiopia to highlight US concerns over the escalation of hostilities in the country, and the risk of civil war, in addition to encouraging all sides to hold talks and end hostilities.