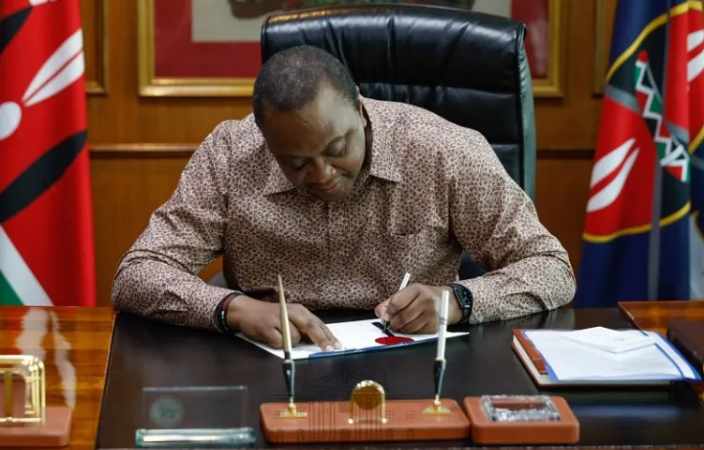 He signed a public and private sector co-operation bill, a central bank amendment bill in Kenya and a tax management panel reform bill.

The Central Bank of Kenya’s amendment bill gives the central bank the authority to licens online credit services in the country, as well as to ensure equity and fairness in the lending market.

The new law, in partnership with the public and private sectors, will replace the one in 2013 by providing legal guidance on national and county government projects.

The new law also extends the role of the private sector and includes the construction, management and maintenance of projects in addition to funding it.

Other bills he has signed are the sponsorship law and the savings insurance amendment bill, which simplifies the registration of trustees.