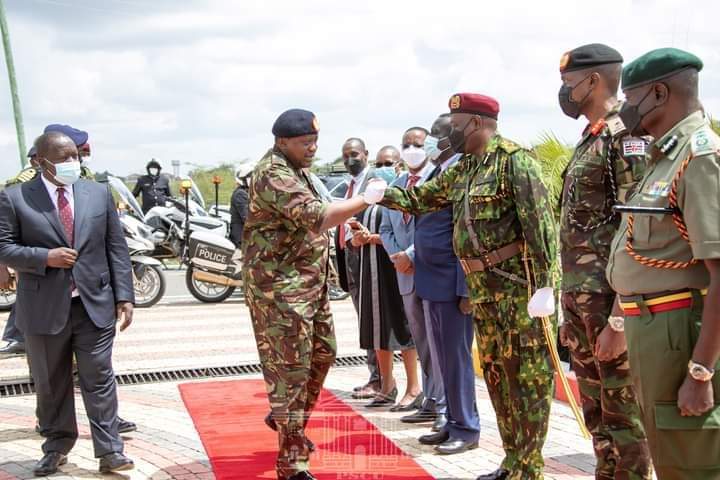 President Uhuru Kenyatta has called on the new GSU officers joining the police service in the country to be honest and to serve with confidence and discipline.

The president urged the officers to adhere to labor laws and regulations while upholding the rights of Kenyans.

“In order to be successful in the ministry, you must follow the rules and regulations, also follow the instructions of your superiors, and above all serve this nation with courage, good manners, discipline and respect,” said the president.

Speaking on Wednesday at the Police Service College in Embakasi, Nairobi, presided over the 48th GSU graduation ceremony, the national leader advised the 2,502 new officers to adhere to discipline and consult with their superiors if they are facing challenges rather than engaging in them. cases of violation of the law.

Acknowledging that the officers were joining the security sector during this time of great challenges, President Kenyatta urged them to carry out their duties effectively.

Regarding the interests of police officers, the President said the government is implementing a medical insurance scheme for all police officers and their families.

The Minister of National Security, Dr. Fred Matiang’i, thanked President Kenyatta for the visionary leadership that has led to more investment and thus enabled the police force to better witness to the people.