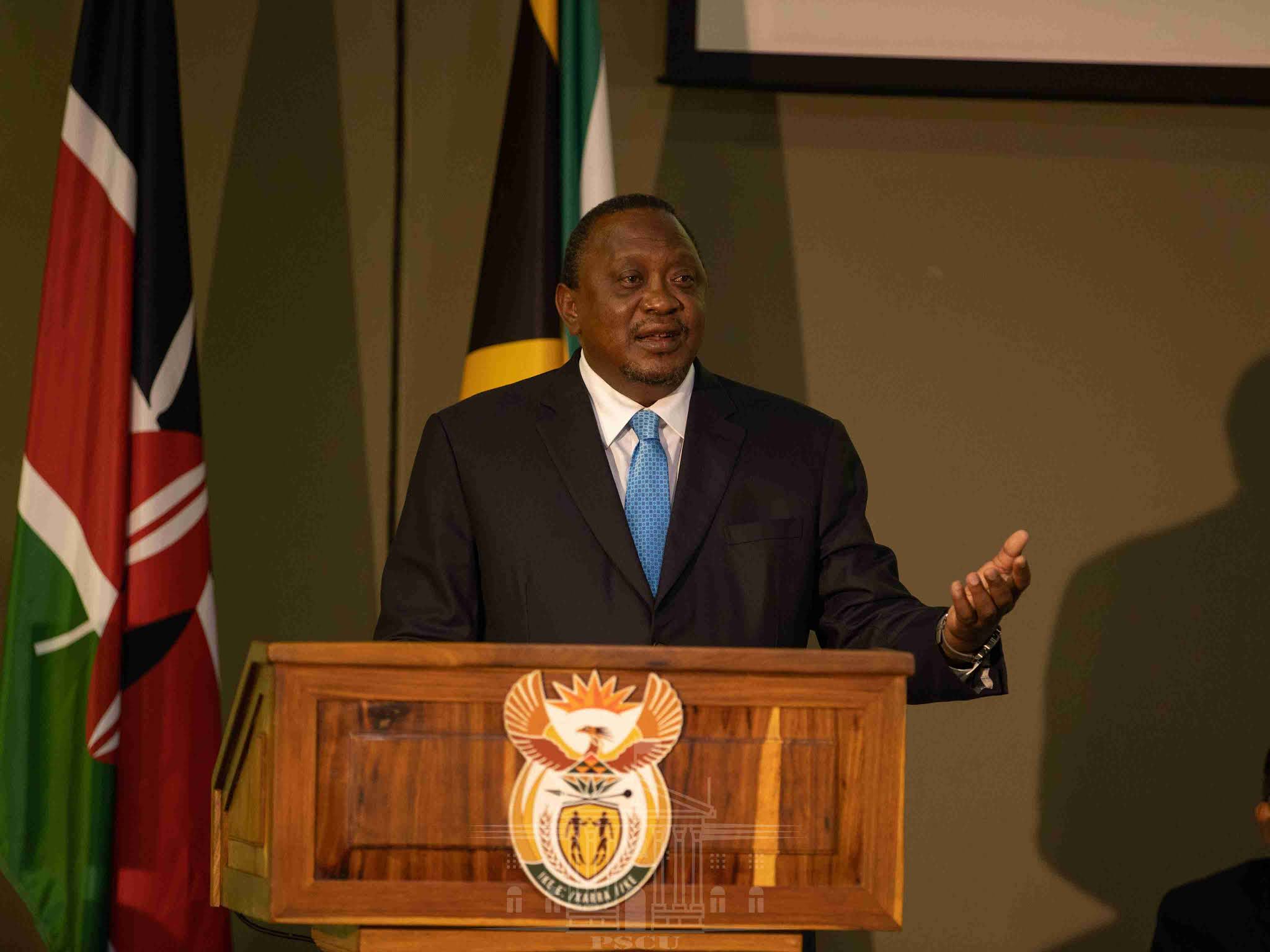 South African President Cyril Ramaphosa has thanked Kenya for supporting his country during the fight against apartheid.

“Kenya supported South Africa for many years during the war against apartheid,” said President Ramaphosa.

The South African president spoke on Tuesday evening in Pretoria, where he hosted a special guest reception for President Uhuru Kenyatta and his delegation.

President Ramaphosa pointed out that President Kenyatta’s visit has enabled the two countries to strengthen political, economic and social co-operation as well as to lay a solid foundation for cooperation between the two business communities.

Speaking at the event, President Kenyatta reaffirmed Kenya’s commitment to continue working closely with the South African government for the benefit of the citizens of the two nations.

The head of state said that Kenya and South Africa had enjoyed good diplomatic relations since the end of the apartheid era in 1994.

“Citizens’ co-operation in trade and investment between the two countries has improved and I am confident that after this visit, it will improve even at higher levels. It is my wish that the cooperation between the two nations will continue to grow in the coming years, ”he said.

On the war on Covid-19, President Kenyatta commended President Ramaphosa for his unique efforts in tackling the virus in the country and across the continent.