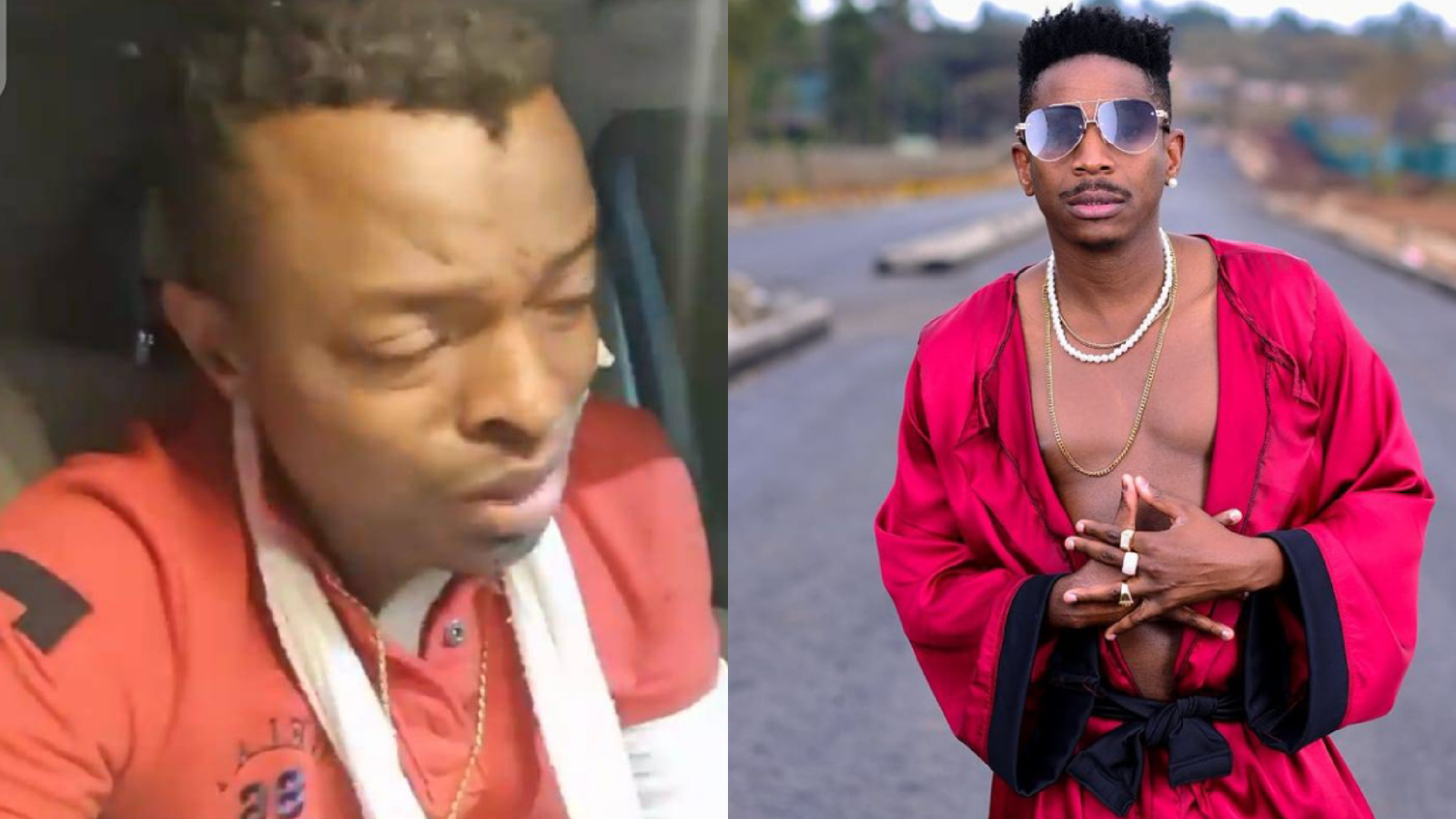 Comedian Eric Omondi has claimed that he is confident that the house of musician Ringtone Apoko is closed.

Omondi has claimed that Apoko was forced to relocate to an area along Jogoo Road after he was evicted from his house on Runda Street.
In an interview with Warbit on YouTube, Omondi claimed that Ringtone is currently assisted by accommodation with his friends.
“The ringtone is a joke. With his house put in a lock and there is a paper pasted. The ringtone of his house was locked. I know his house. It’s a public house, it’s locked. The ringtone doesn’t live in Runda, it lives in Jogoo Road” Eric said.
The comedian said he was ready to provide Ringtone with a single room in his mansion, which he recently showed up in public.
Apart from accommodation, Omondi promised to provide the gospel singer with food and support for his other basic needs for a period of three months as he continues to look for work.
“Ringtone we don’t know what you do, I always make jokes. Call me we know the truth his house was closed and sold. At the moment you are on the street living with friends. My house has 11 bedrooms. Come let me give you one room to bathe and eat for a while. three months. Three months I will give you free WiFi, free food and free bed “said Eric.
However, Apoko had previously dismissed allegations that his palace was closed after failing to pay taxes.
In an interview with bloggers at the launch of Daddy Owen’s album on Saturday, Ringtone insisted he was still living in Runda and had not been evicted by anyone.
“Every market is full of madness. If you go to the market and get mad he speaks you don’t have to answer. Come tomorrow morning and see if I don’t live there. Welcome to tea tomorrow morning. I’m going on with my life because of you as it was. My neighbors have not complained” Ringtone said.