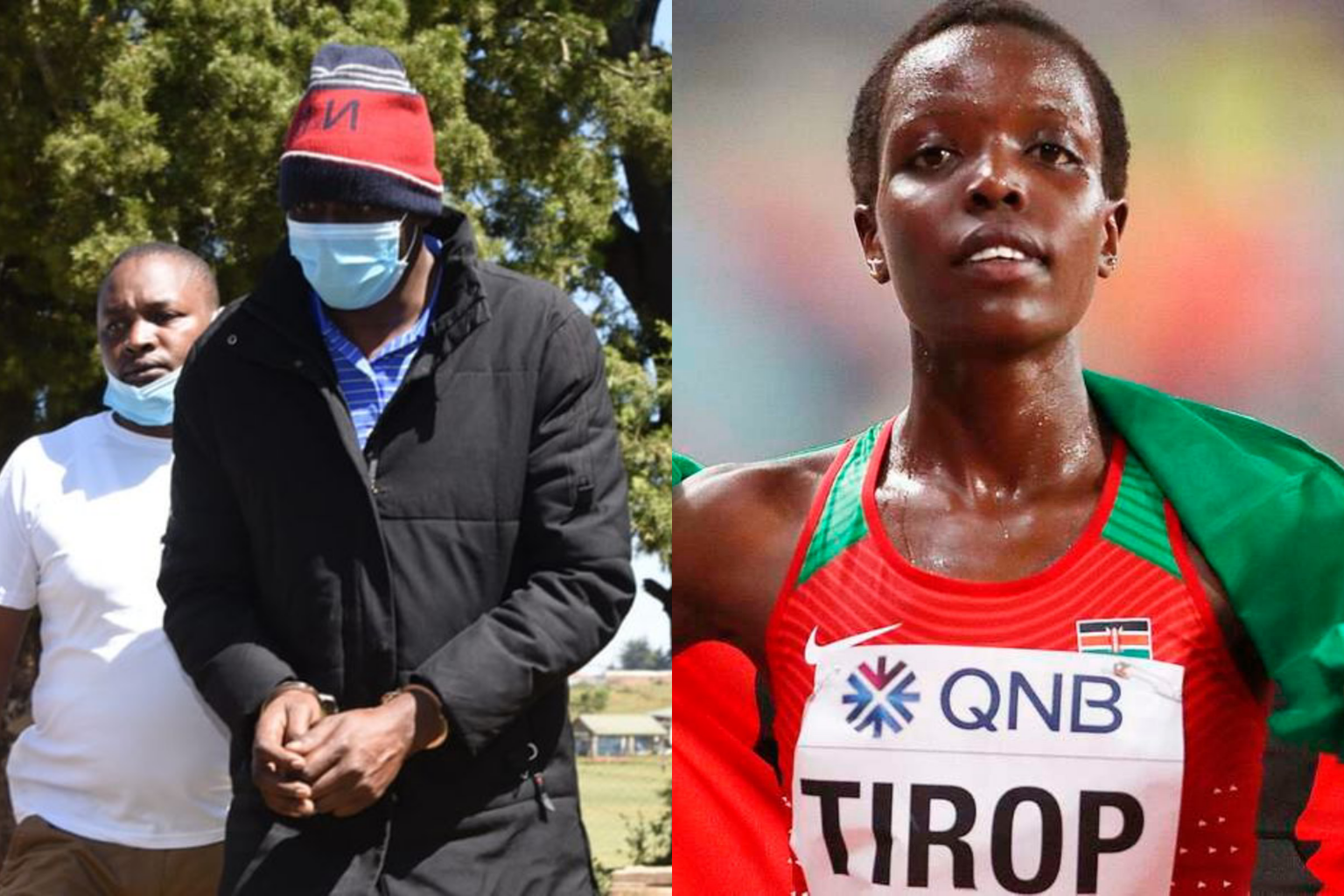 An autopsy three weeks ago revealed that he had died from stab wounds to the neck and head.
Two paramedics and a medical doctor performed an autopsy for three hours and said the cause of death was mainly from stab wounds.
Rotich had been detained for 20 days so that an investigation into Tirop’s death could be completed.
The Supreme Court has ordered Ibrahim Rotich to undergo a psychiatric examination before being charged with the Tirop massacre
The Eldoret High Court has ordered Ibrahim Kipkemboi Rotich, the main suspect in the murder of athlete Agnes Tirop, to be sent for a psychiatric examination at Moi Referral Hospital.
Eldoret Deputy High Court Registrar Diana Milimo ordered Rotich to appear in court on November 16 charged with murder if the athlete.
State Counsel David Fedha said the suspect had to undergo psychiatric tests before being charged.
“We are here to request the suspect to be escorted to a psychiatric examination before being returned for a response to the request,” said Finance.
Defendant ‘s lawyer Ngige Mbugua said the defense did not object to the request for a psychiatric examination.
“We have already made such a request in the Iten lower court and we do not oppose the application,” Mbugua said.
Rotich was first arraigned before Resident Magistrate Naomi Wairimu in Iten after being detained for 20 days to facilitate an investigation into the athlete’s death.
The teacher ordered him to be transferred to the Supreme Court in Eldoret
He is expected to face a murder charge on Tuesday next week.
Tirop was found dead on October 13 at his home in Iten where he lived with Rotich as his girlfriend.
An autopsy revealed that he had died after being stabbed in the neck and struck with a blunt object on his head.