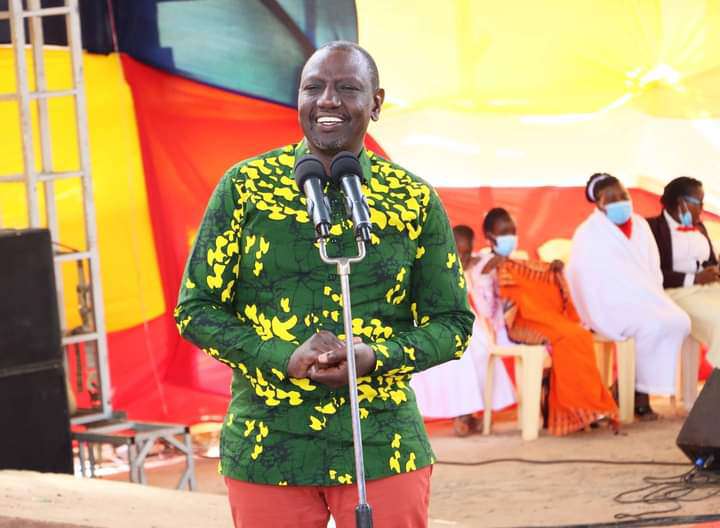 As the nation prepares for the 2022 elections, Deputy President William Ruto has hinted at selecting Rigathi Gachagua, a long-time ally and Mathira Member of Parliament, as his running partner.

Ruto requested Nyeri people to enable Gachagua to follow him on his quest for national votes during a visit to the area yesterday.

Even as they teamed with the rich MP to seek votes around the nation, the DP moved ahead and asked citizens to safeguard the legislator’s seat.

“You have given me kande ya wera (Gachagua) to assist me in seeking national votes, and you have promised to defend his position at home.”

“Should I take him to assist me?” wondered the DP.

After rumors about other favored candidates such as Kirinyaga Governor Anne Waiguru and Narc Kenya Party Leader Martha Karua, the DP has hinted at a candidate from the vote-rich area for the first time.

Since the DP’s fallout with President Uhuru Kenyatta following the Jubilee government’s victory in 2017, Gachagua has been a vociferous Ruto supporter in the area.

Gachagua worked as a District Officer (DO) and a Personal Assistant to President Uhuru Kenyatta during the latter’s failed presidential campaign in 2002.

At the same time, Ruto urged locals to use a six-part voting system that would result in the United Democratic Alliance (UDA) securing a majority of the seats in the legislature.