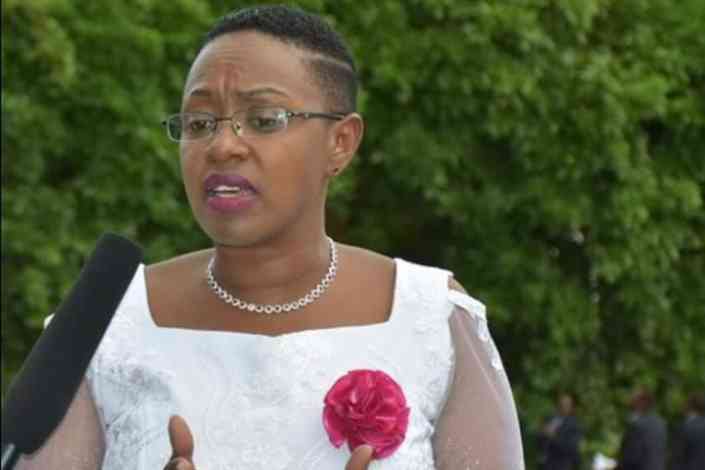 Murang’a Woman Representative Sabina Chege hosts took steps to dump the Jubilee Gathering one month from now on the off chance that President Uhuru Kenyatta doesn’t re-send off it in front of the August surveys.

Tending to the media yesterday, Chege uncovered that she was becoming weary of hanging tight for the party to rebrand.

She noticed that numerous legislators, including herself, had postponed printing materials that they will use to battle in light of the fact that the party had taken excessively long to re-send off.

READ ALSO: Sabina Chege Issues a Warning to Uhuru: If the Jubilee Party Does Not Change by February, We Will Join Ruto’s UDA!

“Celebration should provide us guidance. The party ought to be re-sent off in order to empower us to begin battling.

“At this moment, we can’t print banners since we feel compelled by the party,” Chege noticed.

The Raila Odinga-unified MP further uncovered that time was not on their side, adding that the postponements by the party would drive them to look for different other options.

“In February, I will make a declaration and uncover the party which I will use to challenge and any remaining things.

“This time around, we will pick a person with a decent history.”

“I have been associated with public legislative issues however this time around, you will see me with my kin in the town and they will help me know what bearing I will head,” she added.

Chege portrayed herself as a God-dreading lady, adding that she was trusting that the Holy Spirit will direct her on which party to join.

The two-term MP is accounted for to look for the Murang’a gubernatorial seat despite the fact that she is yet to authoritatively pronounce her bid.

Last month, Chege pronounced that she would lobby for Raila Odinga regardless of whether it implied losing her seat.