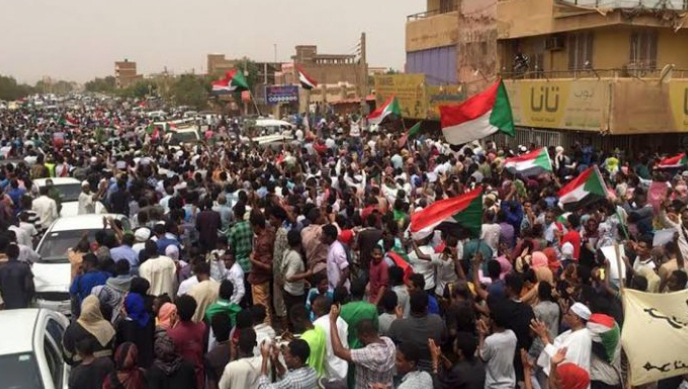 Joint militant forces on Monday detained civilian members of Sudan’s ruling council) lministers of the transitional government, according to the information ministry in what activists called a coup.

The officers were detained as tensions between the army and civilian leaders had been in power since August 2019 following the ouster l dictatorial president Omar al-Bashir several months ago.
Internet services were cut off across the country as roads and bridges connecting the capital Khartoum were destroyed, according to the ministry of information.
However, the statement did not specify whether Prime Minister Abdalla Hamdok was among those detained despite media reports that he had been placed under house arrest.
The rift between the two sides has been raging for a long time but divisions erupted following the emergence of a coup attempt on September 21 this year.
Last week thousands of citizens of the country marched in several cities to support the full transfer of power to civilians.