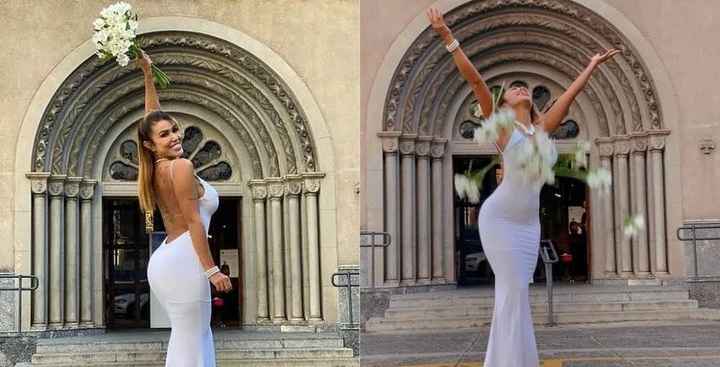 The Now Married Beauty Gives Her Divorce After Finding A Man To Marry Her. After getting married and wedding in Sao Paulo Church.

Her wedding took place in September 2021, as she exchanged marriage vows between herself.

The Daily Star reports that the Instagram model is now seeking a divorce with the hope of marrying her new boyfriend.

During her wedding, Galera revealed that she decided to marry after being exhausted and frustrated by men many times.

He added that he decided to embrace loneliness and there was nothing strange about the groom’s absence on his wedding day.

After exchanging marriage vows, Galera danced happily outside Sao Paulo Catholic Church in Brazil with a bouquet of flowers in his hand.