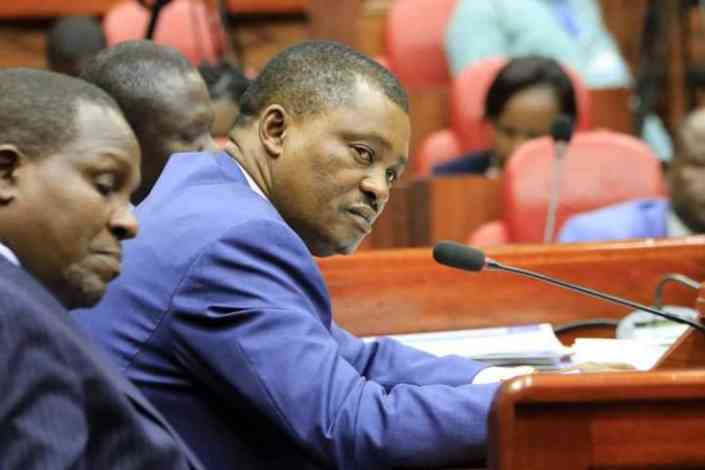 On Saturday, December 11, Muturi told the media that he had access to an inquiry report that implicated some of the tycoons in the multi-billion-dollar fraud.

He emphasized that if the results of the investigations are made public, some of the billionaires who have grown vociferous, especially those who meet with presidential contenders, would be silenced.

“Without casting aspersions, I hope the KEMSA probe report was made public, because then you’d see some of those folks (a portion of Mount Kenya Foundation members) start to go,” Muturi said.

The Democratic Party chairman now wants President Uhuru Kenyatta to issue a decree for the Senate and Parliament to follow the conclusions of their investigations. He also wants the findings from the inter-ministerial committee to be made public.

“I’m sure there’s a report somewhere. What happened to that report? If no one was found guilty, make it public so that everyone knows there was no scandal. If it did, however, incriminate anybody, then make it public “he said once again

The Head of State has ordered an investigation into perhaps Kenya’s worst corruption scandal, which saw Ksh7.8 billion in monies misappropriated. Top Kemsa officials conspired with suppliers, according to investigations by both chambers of parliament.

He also chastised Noordin Haji, the Director of Public Prosecutions (DPP), for taking too long to charge people involved in the scam.

“You tell us that a presidential election dispute can be resolved in 14 days, but a corruption case takes ten years.”

On September 26, Gitura told a media outlet that the PIC report was unnecessary and a waste of tax payers’ money since EACC had concluded its investigations and recommended people to be charged.

He also claimed that his evidence, as well as that of one of the involved firms, was ignored when the report was created.