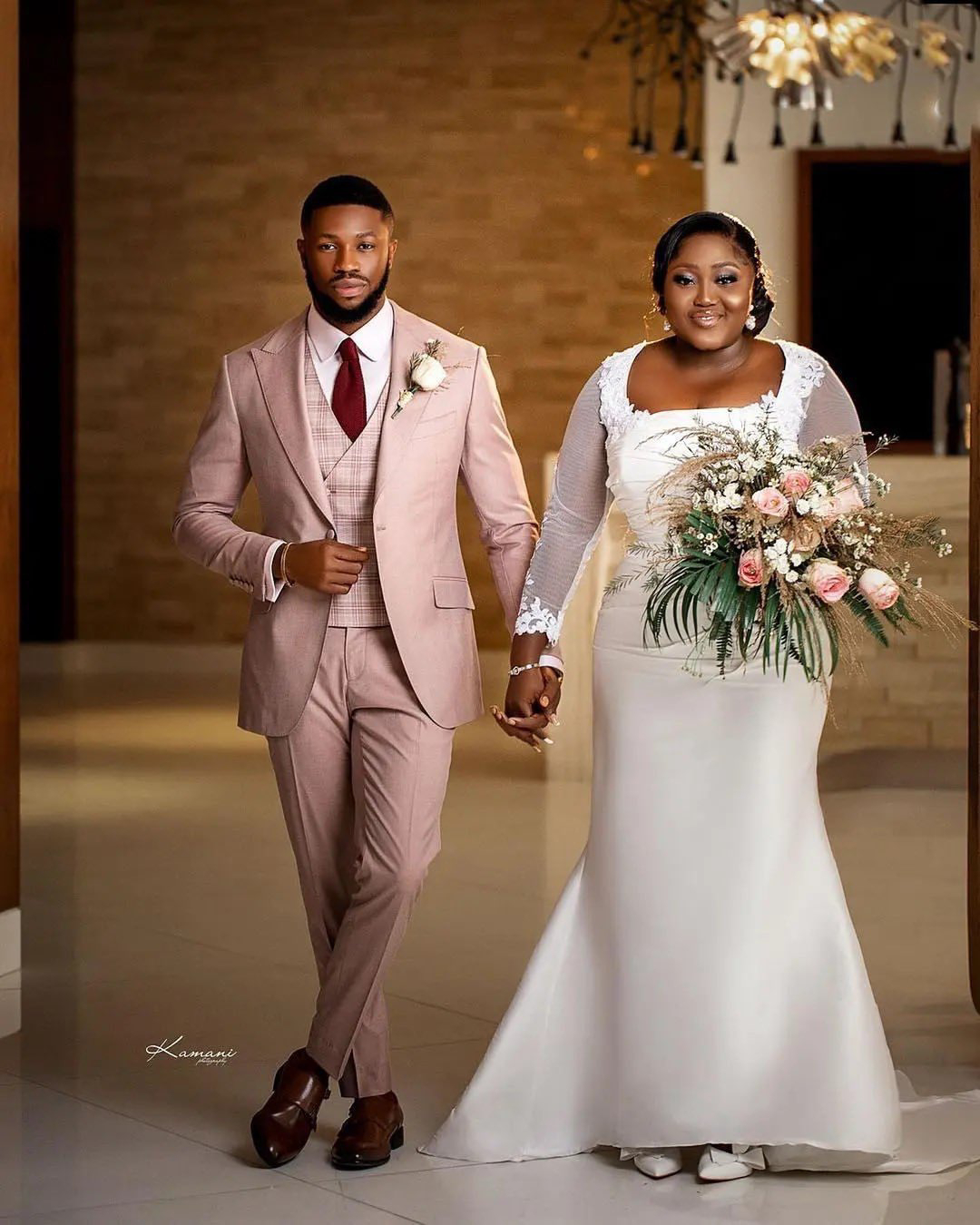 Stan Nze is a well-known Nigerian film actress Nollywood and most recently on September 11, 2021 married a fellow actress by the name of Blessing Jessica Obasi.

However Stan has been criticized by many for deciding to marry a woman who is older than him. Blessing is 42 years old and Stan is 32 years old.
Speaking in an interview with one news outlet, Stan defended his marriage saying he decided to marry Blessing because he is her friend, someone who gives her peace and she is okay with him in marriage.
The two have been acting together on short videos that they post on social media and Stan says that Blessing who also has filmmaking skills is very funny. Unlike other couples who are said to have quarreled shortly after marriage, Stan said he wants to end his first year of marriage without even arguing with his wife.
Meurer and Tonto Dike
After the marriage Stan and Blessing visited the island of Zanzibar in Tanzania for fungate.