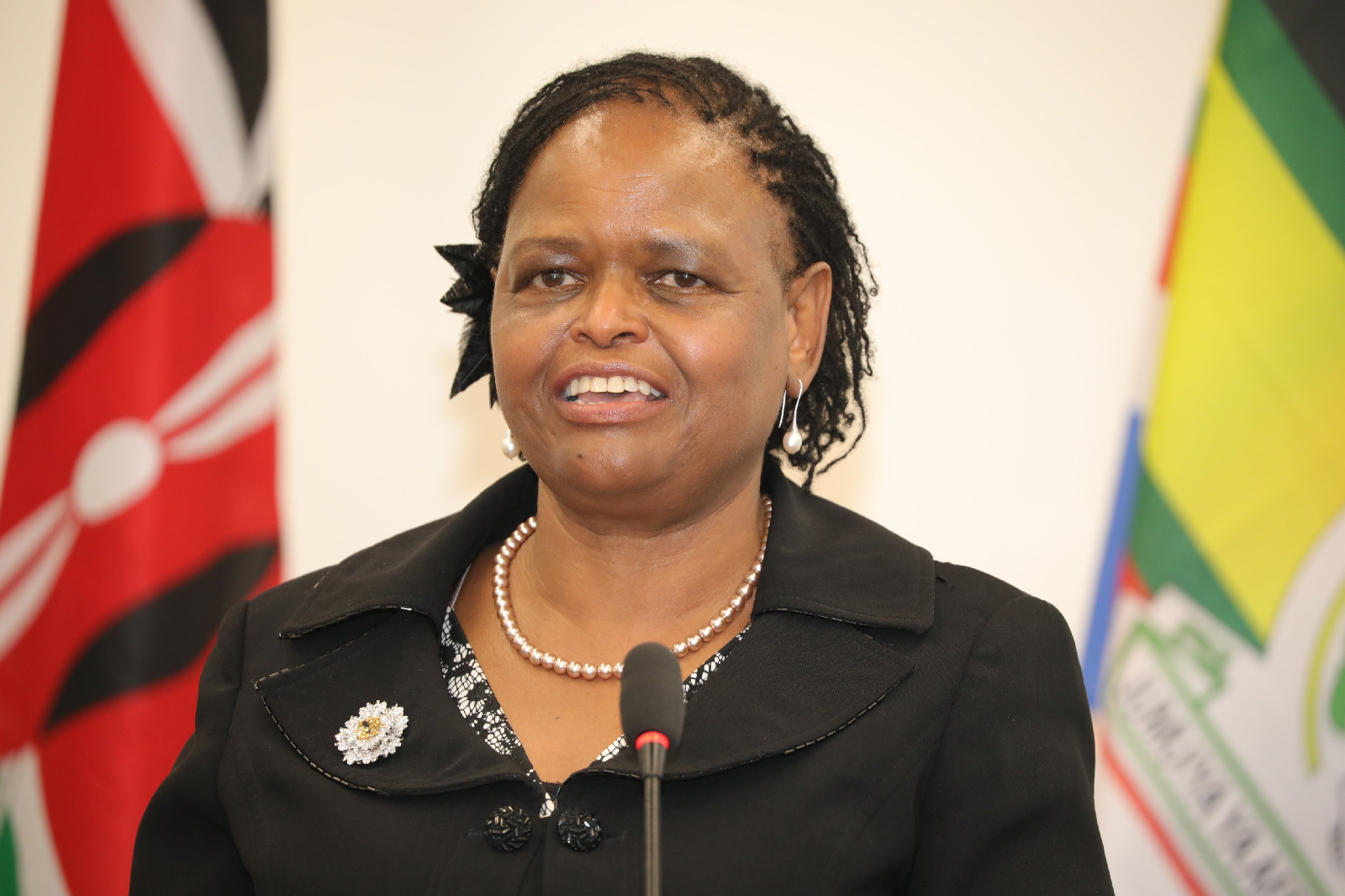 Chief Justice Martha Koome has said the judiciary is ready to hear and decide all cases that will result in next year’s elections within 90 days as one way to ensure free and fair elections.

Judge Koome made the remarks on Tuesday at the Kenya School of Government, where he chaired a meeting of senior government officials to plan strategies for next year’s general election.
Chief Justice Martha Koome with Homeland Security Minister Dr Fred Matiang’i.
However, Judge Koome revealed that the judiciary has a budget deficit of 710 million shillings in the 2021 and 2022 budget and 1 billion shillings in the 2022 and 2023 budget which it needs to be adjusted.
The Chief Justice also highlighted the need for parliament to amend the 2017 election laws, in order to address some of the challenges that the judiciary faced during the general election.
The meeting was attended by national security minister Dr Fred Matiang’i along with his secretary Karanja Kibicho, Information Minister Joe Mucheru, chief minister of the ministry Ken Ogeto, attorney general Paul Kihara, chief police inspector Hillary Mutyambai and commission chairperson of elections and boundaries IEBC Wafula Chebukati among other senior government officials.