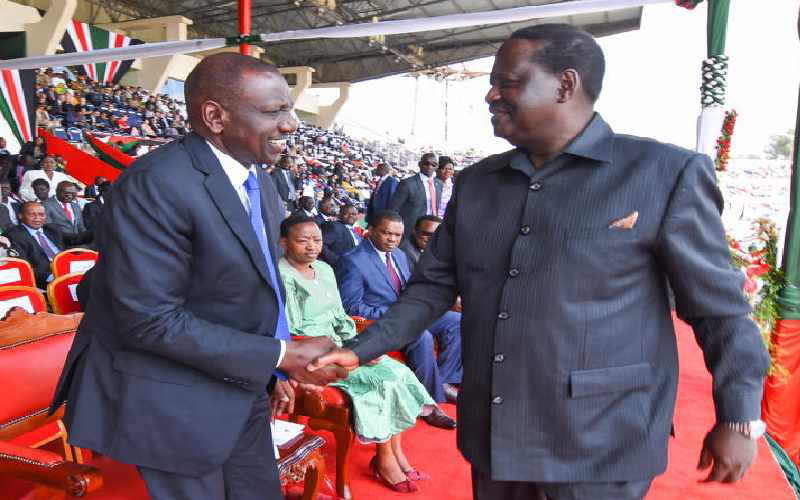 A recent poll on polls suggest that UDA party, deputy president William Ruto, is the most popular in the country at 30 percent.

According to a study by TIFA, ODM is the second party with 16 percent popularity, with the Jubilee party receiving five percent support from Kenyans.
The survey conducted between November 7 and 13 this year indicates that Deputy President Dr. William Ruto leads the rest of the candidates with 38 percent, followed by ODM leader Raila Odinga with 23 percent.
The survey indicates that the UDA party is the most popular party in the Central Rift Valley by 52 percent. In the Mount Kenya region the UDA party is the most popular party at 39 percent followed by the Jubilee party at six percent.
The popularity of the ODM party in the Nyanza area is 39 percent. However, the survey shows that Ruto’s popularity has dropped by one percent after a TIFA company survey of June 2021 indicated that he was 39 percent popular.
ANC leader Musalia Mudavadi has emerged in third place with 2 percent, while Wiper leader Kalonzo Musyoka is one percent.
The poll also indicates that Raila Odinga is the candidate that Kenyans consider to be Uhuru Kenyatta’s successor at 48 percent with the deputy president at 9 percent.