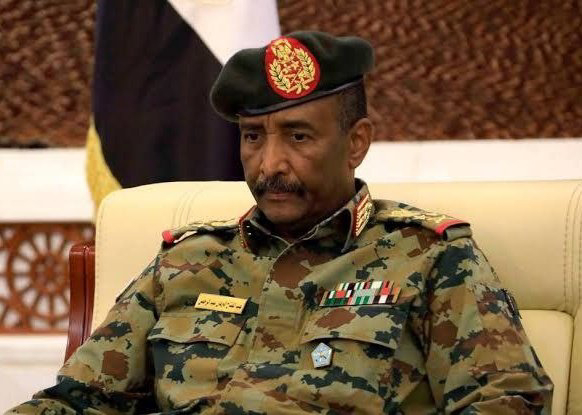 As protests continue for the second day in a row in Sudan, the country’s general has said the army seized power on Monday to avoid a civil war.

General Abdel Fattah al-Burhan hinted that political groups have been inciting civilians against security forces.
The general said he had been keeping ousted prime minister Abdalla Hamdok at his home for his own safety and would return to his residence later on Tuesday.
ALSO READ: Security Forces Shut t Down Sudan’s Coup Attempt
At least 10 people have been reported killed since the riots began in the country.
Protests continue for the second day in a row in the capital, Khartoum, with many roads, bridges and shops all closed.
Telecommunications disconnected and network services interrupted.
Western nations, including the United States, Britain, the European Union and the African Union, have demanded the immediate release of arrested political leaders, including members of Prime Minister Abdalla Hamdok’s cabinet.