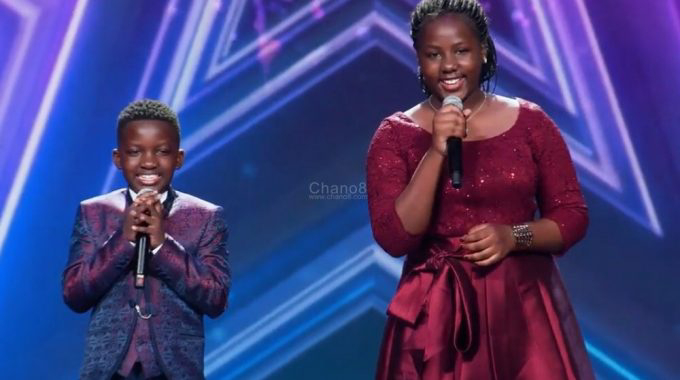 Esther and Ezekiel Mutesasira are Ugandan-born children who sing together as a group of two and are the winners of the East Africa Got Talent 2019 2019 in Nairobi.

When they emerged the winners Esther who is a midwife was 14 years old and Ezekiel was 11 years old and now they are 16 and 13 years old respectively. For some time now there have been rumors circulating online that so far they have not received the money they won at East Africa Got Talent.
But the children of preacher Steven Mutesasira and his wife Julie Mutesasira explained that they had received a portion of the $ 50,000 and now they want to be handed over the rest of the money.
The children who sing gospel songs used their Facebook page where they were talking to commercial fans where Esther asked her brother Ezekiel to tell people how he spent his money he gave in 2019 then Ezekiel revealed that they did not get all the money and named a relative named Kusaga asking him to give them the money. .
For about 10 months the two children, their younger sister and their mother have been living in Toronto in Canada where they are studying but promised to return to Uganda soon.
They promised their fans that they would continue to provide music as a couple and would also collaborate with their mother who is also a singer. The two are likely to compete in the Canadian Got Talent competition.