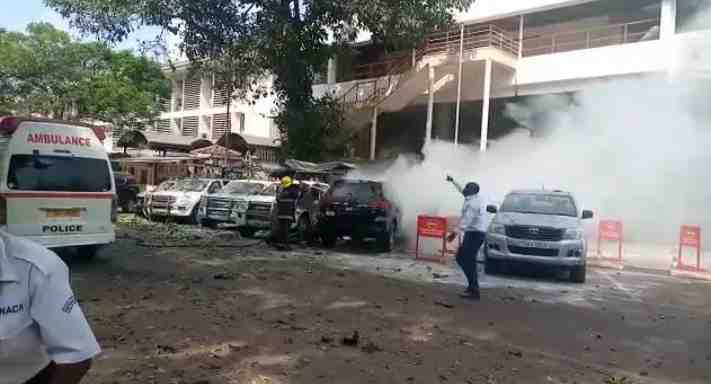 Two people have been confirmed dead in two explosions in Kampala on Tuesday morning.

The circles suggest that the ward of the injured at the Hall Clinic Hospital in the Ugandan capital Kampala, is full of people injured during the morning blasts, according to local media.

According to media reports, most of the injured were taken to Mulago Hospital by ambulance.

One of the explosions took place near the Central police station in central Kampala.

A doctor at a hospital who spoke to a local television station said they received 17 injured people.

Dkt. Sarah Zarango said 12 people were ordered to be taken to Mulago hospital while five others were treated and allowed to go home.

Dkt. Zarango called on the public to remain calm and report any suspicious activity. Security has been beefed up in Kampala.

Police are using sniffer dogs to search for more evidence and to determine if there are more explosives at the site of the blasts in central Kampala.

Images circulated via social media showing a cloud of smoke.

In the photos, several vehicles are seen burning on the road leading to the parliament building.

Parliament buildings are currently under heavy security from security officials.

Another explosion was reported in the Kooki towers building opposite the Central Police Station in Kampala.

We will bring you more information.