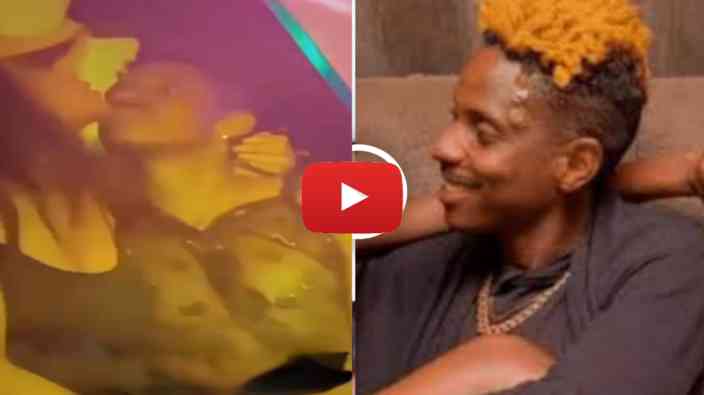 Wanuna and Eric were sitting in the VIP section and were seen swapping saliva.

Despite the fact that the cheeky TV girl was hiding her face under a cap, she looked to enjoy Eric Omondi’s company.

Eric has a strong desire for TV actresses, owing to the fact that many of them are laid-back.

He has a child with Jacque Maribe, a former Citizen TV reporter.

The clever comedian gets sentimental with Sophia Wanuna in this brief viral video.