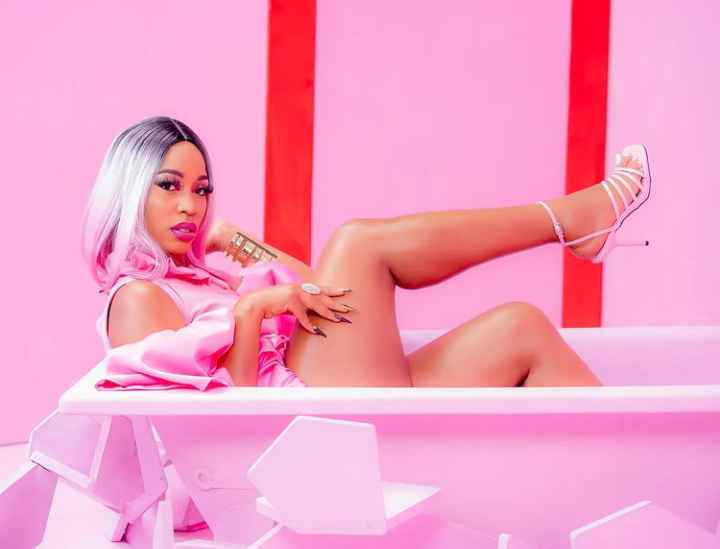 VIDEO: ‘This Is Diana B!’ Hatutahachana – Diana Marua, Bahati’s Wife, Is Now a Rapper. After weeks of promising a major surprise, artist Bahati has now disclosed the cause for the uproar, as well as the secrets and teasers.

And, surprisingly, his wife, Diana Marua, made her rap debut in front of an invited throng of bloggers, youtubers, and journalists at the Trademark Hotel on Sunday.

Diana Marua has changed her name to Diana B. She’s also issued a warning to all rappers.

Before introducing his wife onto the stage, singer Bahati stated, “This is enormous, this is gigantic wacha na hiyo ufala ya Eric Omondi, this is important for Kenya.”

Diana, who was dressed in silver and black tight trousers, a matching bralette, and big stilleto boots, began dropping the bars as soon as she stepped onto the stage…

“Are you all set?” She posed for the camera.

Despite working in the profession for more than seven years, Akothee claimed it was the first time she had seen that many cameras in one spot.

Diana informed those present for the launch in a brief chat that her biggest inspiration is her husband and fellow musician Bahati.

On a worldwide scale, Diana B cites Nicki Minaj, Shensea, and Cardi B as influences.

The new rapper in town also mentioned that she is working on a new record that will be published later this month.

She, on the other hand, refuses to clarify whether her style would be gospel or secular, stating that she will be making music for the soul.

“I’m making wonderful music for the soul and for the table… I’m making music for everyone; let us enjoy and have fun without categorizing it “she said.