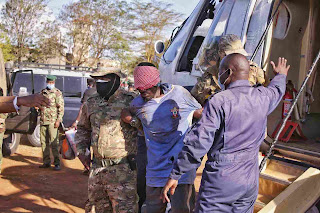 As Kenya’s security contraption praise their triumph in the catch of three needed fear based oppressors who got away from Kamiti Maximum Prison on Monday, subtleties have arisen on how our chivalrous officials found and caught the three dread convicts today.

As per sources, the three, Musharaf Abdallah Akhulunga pseudonym Shukri, Mohamed Ali Abikar and Joseph Juma Odhiambo false name Yusuf, were having a feast at a neighborhood joint when inhabitants saw them and alarmed the police.

Photographs shared online showed the triplet having a quick bite in a town in Kitui County. 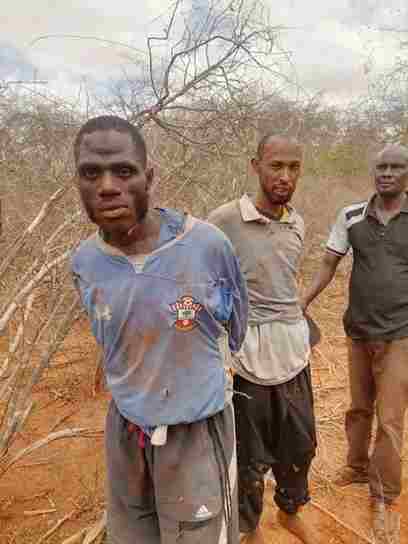 As per inhabitants, the three, who looked depleted and parched, purchased a ton of milk, filtered water, bread and rolls from neighborhood shops and paid in real money.

They were headed to Somalia when the bird of prey peered toward officials trapped them at the Endau space of Mwingi Central after a clue from individuals from general society.

As indicated by the police, the dread convicts were gone to Somalia through the Boni Forest course.

Following fresh insight about their capture, the Kenya Airforce carried officials from the Anti-Terror Police Unit (ATPU) from Wilson Airport in a bid to get the escapees and work with their re-visitation of jail.

Occupants who addressed columnists said the three raised doubt after they requested headings to Boni Forest in Lamu County.

Mwingi inhabitants noticed that one of the convicts had enlarged legs and was limping.

They additionally noticed that they seemed befuddled and lost, ignorant of the topography of the space.

They asked inhabitants how they can associate with Garissa or Tana River Counties from the space.

Man who led the capture of 3 Kamiti Prison escapees explains how villagers managed to corner them pic.twitter.com/G0iKmEf6o5