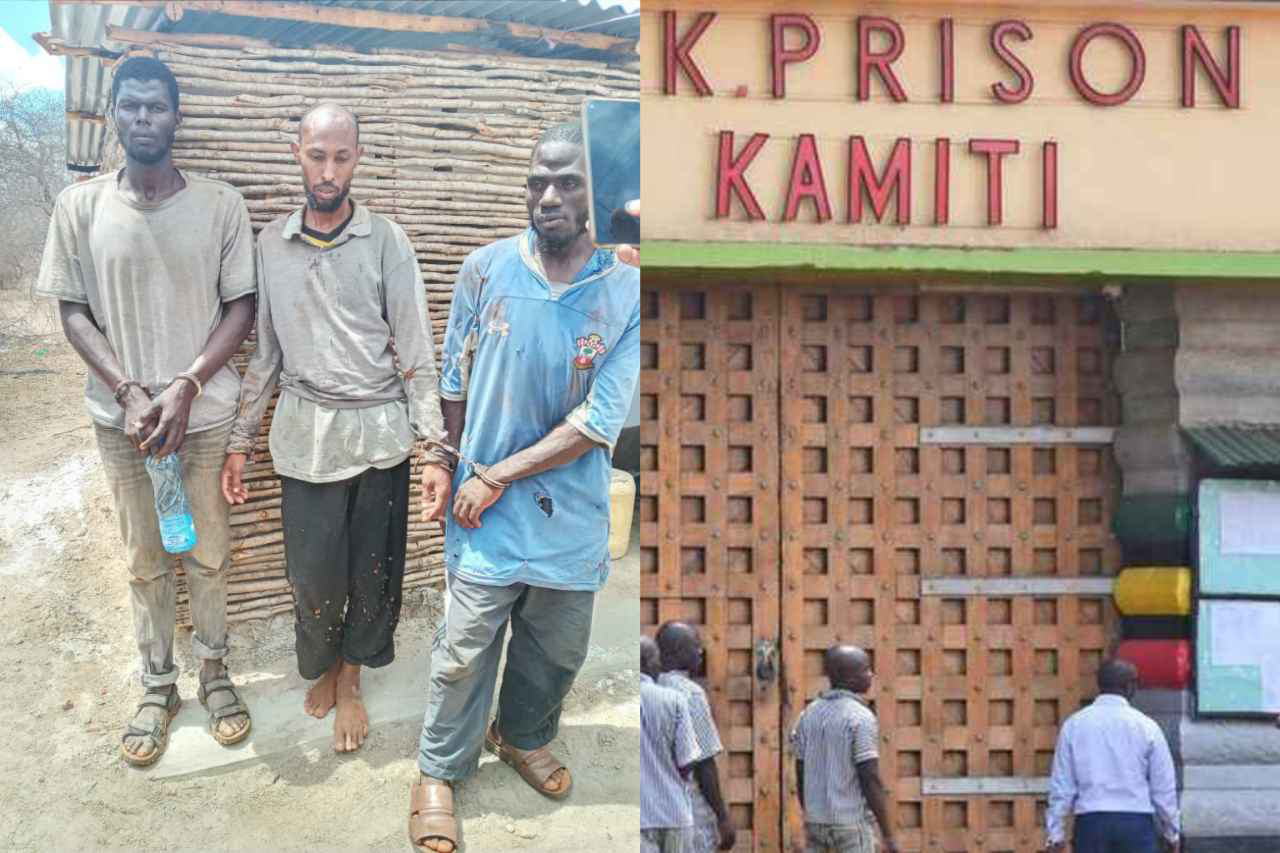 Last Sunday Kenyans got news that 3 fear monger convicts had gotten away from the feared Kamiti Maximum Prison.

The 3, Musharraf Abdalla, Joseph Juma, and Mohammed Abdi would later be caught by Kitui local people who became dubious with regards to their strange conduct.
How had they had the option to get away from Kenya’s most notorious jail? In a meeting yesterday a gathering of National Police Reservists from Kitui County guaranteed that the Kamiti three admitted that they had the option to pay off the gatekeepers at the public authority office.
The officials added that the triplet had offered them a pay off when they had secured them after their break out.
“They let us know that if their telephones didn’t get lost, we would have released them. At the point when we asked them for what reason. They expressed that Kamiti officials were better than us in rank. They begged us to liberate them and surprisingly proposed to give us cash,” one of the reservists called Wambo Ngii guaranteed.
Another reservist added,
“I requested that they produce their ID and they uncovered to us that they didn’t have them. At that point, I realized that they were the escapees. We followed them to the backwoods and guaranteed that we captured them.”
Indeed, even before the capture of the escapees, the public authority had effectively captured a few Kamiti Prison authorities.