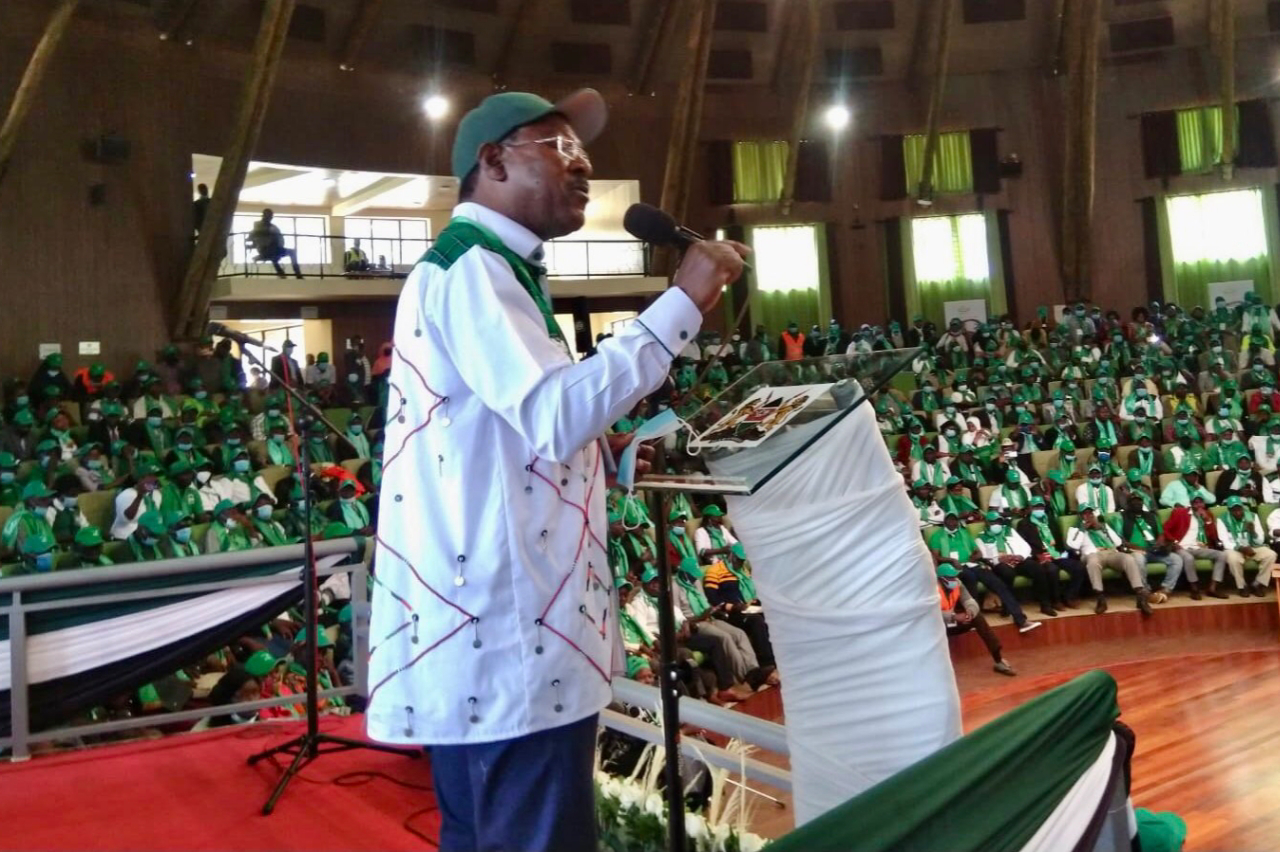 Despite the political party embroiled in a leadership crisis, with one side led by Moses Wetangula and the other held by Wafula Wamunyinyi, the Wetangula faction organized a meeting of its members on Thursday and approved Moses Wetangula as the party’s presidential candidate in the election. chief of 2022.

After being approved by the party, Moses Wetangula is now urging his colleagues in the One Kenya Alliance to support him as he promises to revive the agricultural sector, reduce taxes and help widows if he is elected president in 2022.
Despite the panel resolving political disputes to suspend the conference, the Ford Kenya national delegation meeting was held at the Bomas of Kenya hall and was attended by leaders of the One Kenya Alliance Kalonzo Musyoka and Gideon Moi. However, ANC leader Musalia Mudavadi was represented at the conference by Kakamega senator Cleophas Malala.
Meanwhile, the party’s wing, led by Kanduyi MP Wafula Wamunyinyi, has dismissed a national assembly of delegates that approved Bungoma Senator Moses Wetangula for the party’s ticket.
The Mwinyinyi faction said it was a violation of a code of conduct issued by the PPDT, which prevented both parties from doing so.
Speaking to KBC by telephone, the party’s secretary general Dr. Eseli Simiyu said those who attended the meeting were not actual members of the Ford Kenya party but a group of supporters of the Okoa Kenya Alliance-OKA.
The Tongaren MP dismissed an event attended by KANU senator Gideon Moi and Wiper’s Kalonzo Musyoka, saying it had been Wetangula’s practice to run for president and then run for senator.