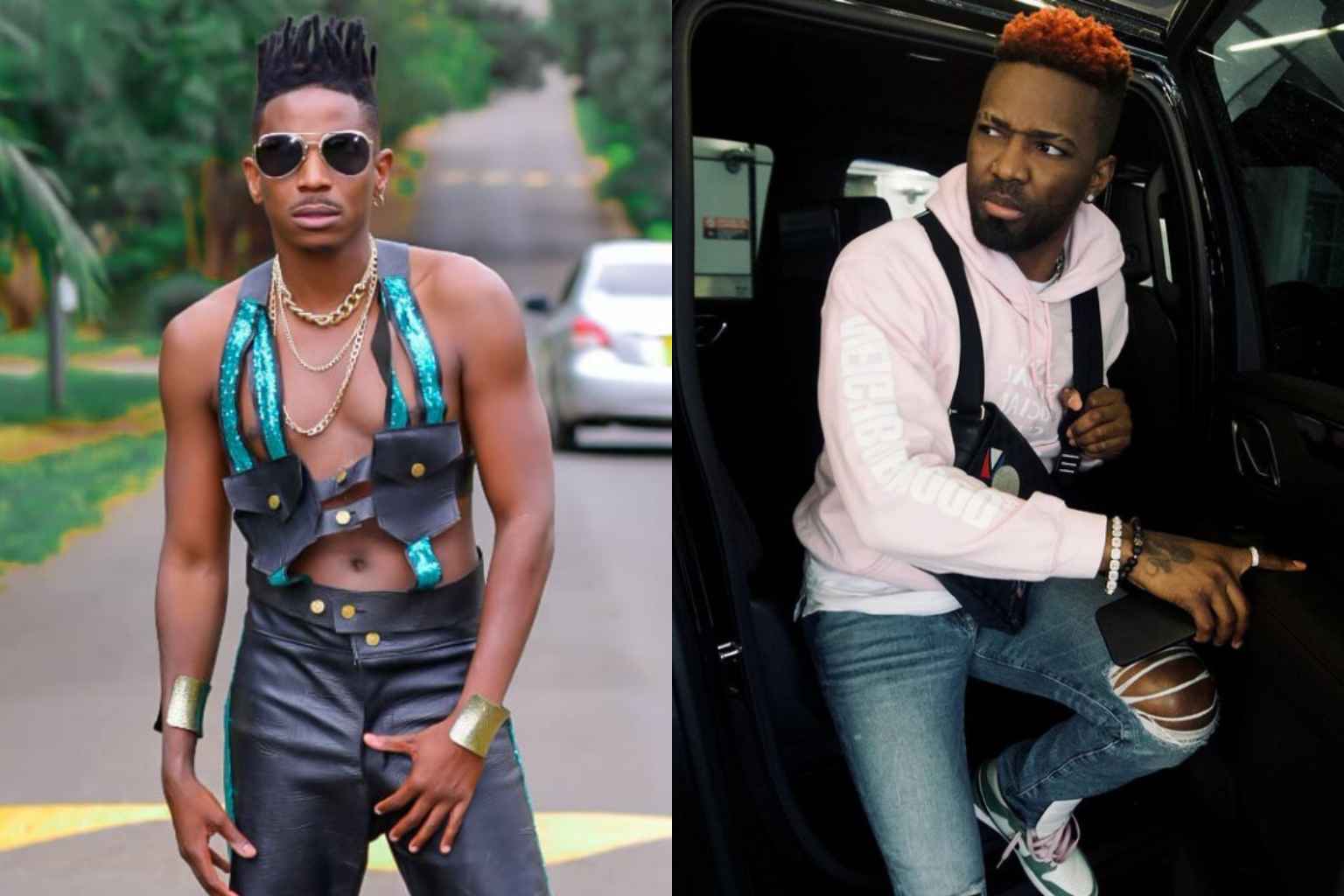 On Bonga na Jalas, comedian Eric Omondi revealed that what people perceive controversial is actually him trying to create talks about important subjects.

Perhaps that was his purpose when he said a few weeks ago that Kenya’s native music industry is “dead” and resembles a graveyard.

“Our musicians have devolved into mere props for overseas performances.” In our own country, we’ve turned into clowns. Every weekend, a group of three or four foreign artists congregates in Nairobi. He stated, “It’s a complete embarrassment.”

Raging furious musicians and fans reacted angrily to his statements, but Omondi, in typical fashion, refused to back down.

“Can you tell me where the Kenyan concerts are?” Now that the curfew has been lifted, it’s time to dust off and get to work. We can accomplish it; we have all we need to RESTORE what has been lost.

And when Konshens, a Jamaican dancehall performer, confirmed his gig for the 31st, Omondi was all over it. 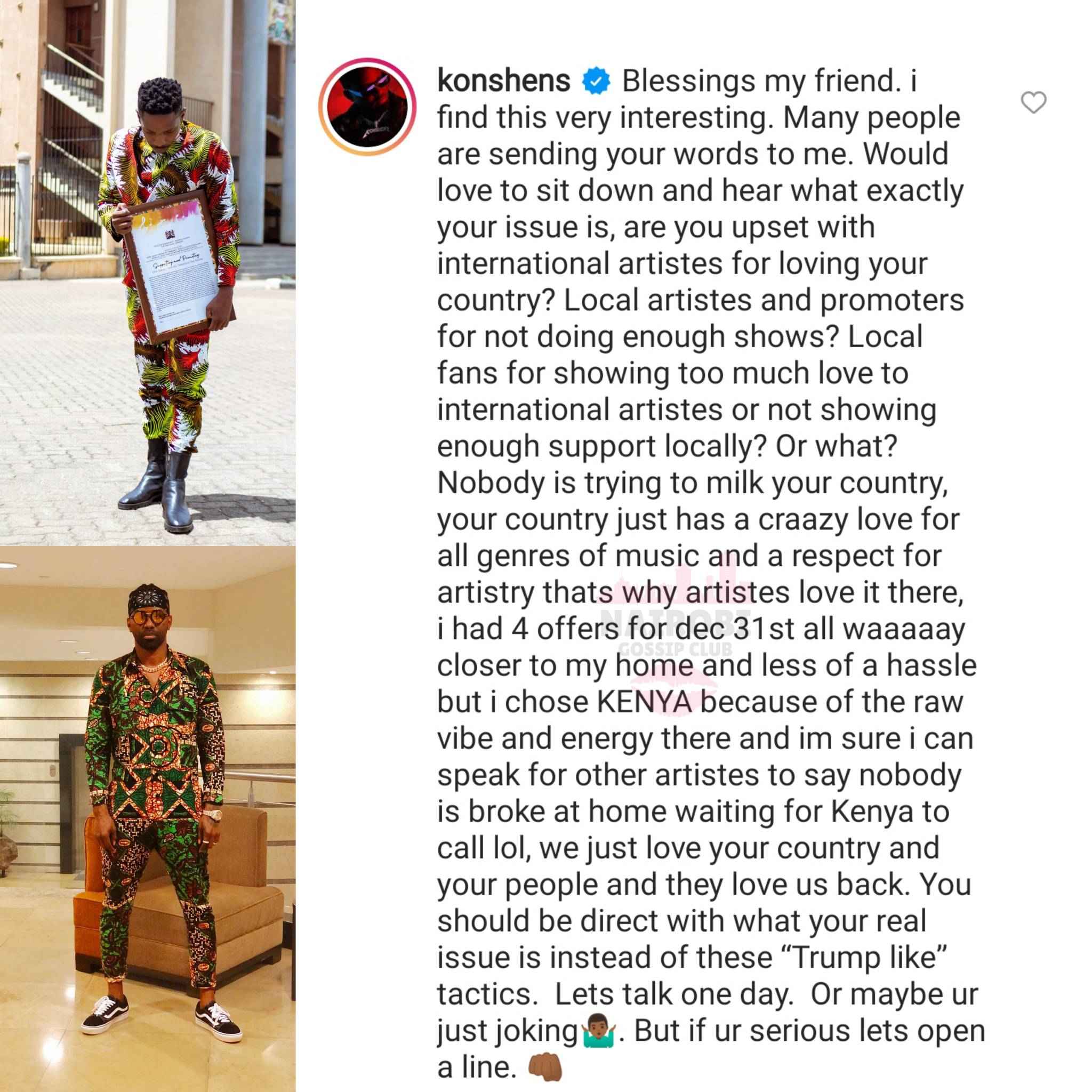 Konshens had had enough and demanded of Omondi what was causing him so much distress.

“No one is trying to milk your country; your country simply has a crazy love for all genres of music and a respect for artistry, which is why artists love it there. I had four offers for December 31st, all of which were much closer to my home and less of a hassle, but I chose KENYA because of the vibe and energy there, and I’m sure I can speak for other artistes when I say that nobody is broke at home waiting for Kenya to call lol, we just love your country and @konshens is my brother. I’ll tell you the TRUTH about my ISSUE because you’re a really SMART and CLASSY guy. BRO, THIS IS THE TRUTH!!! Our ARTISTS have been TOTALLY and COMPLETELY OVERPOWERED by you JAMAICANS, TANZANIANS, and NIGERIANS. I don’t blame you in the least. Our artists are SLEEPY, REDUNDANT, DORMANT, and SPIRITUALLY DEFEATIVE AND THE DESIRE TO PUSH OR DO MORE OR BETTER!!! LOCAL MUSIC IS DEAD, BURRIED, AND ROTTING!!! The thing is, we’re attempting to REVIVE it, and I believe that in order to do so, PROMOTERS MUST SUPPORT OUR AGENDA by PUSHING OUR ARTISTS. YOURSELF, CHARLY BLACK, NSG, KRANIUM, KOFFI OLOMIDE, HARMONIZE, MBOSSO, and I’m told CECIL are among the BIG SHOWS coming to Kenya in November and December. YOU GUYS ARE KILLING US, MY BROTHER. OUR MUSICIANS ARE EXTREMELY WEAK AND ILL. I believe we require some SPACE to RECHARGE, REJUVENATE, and the PROMOTERS are doing nothing to assist!!! Because BRO OUR RADIO AND TV STATIONS ONLY PLAY FOREIGN MUSIC, I have personally tabled a motion in our PARLIAMENT to ensure that we PLAY 75% local music. I have ZERO animosity towards international artists. I’m only trying to put our thoughts into words ORDERED HOUSE.